Microsoft's Cortana vs Apple's Siri - It's On! 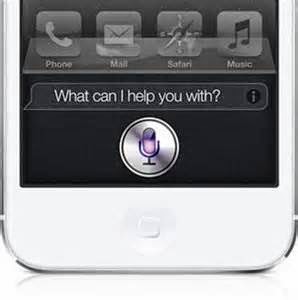 Since its launch as an app in 2010, Apple's Siri has been one of the "killer apps" on the iOS platform.  The voice recognition and searching capabilities have launched as many positive uses as it has negative and amusing spoofs.  I know that my kids sit and try and think of funny things to ask Siri to look for on the Internet.  Apple's audio digital assistant has quickly become the benchmark in the industry, and many of us rely on Siri to look up directions to a restaurant, find Reggie Jackson's batting average in 1980 (Siri tells me it was .300, by the way.  And his highest batting average in any single season), or to simply "Call Home".  Google and Microsoft haven't entered the fray in any meaningful way that has had any real impact that can be measured with Siri.  Yes, there is Google Now... but who do you know that actually uses it?  I guarantee you know people who use Siri on a semi-regular basis.

But now Microsoft has made a move to usurp that throne, and it might actually work.  With the release of Windows 8.1 with Cortana, Windows Phone users can finally look for restaurants, check the weather and make appointments with an anthropomorphized search engine as well.
But... which one is the one that will help you organize your life, on-track with your day and find the nearest Starbucks (with turn-by-turn directions)?
Cortana
Windows 8.1
Powered by: Bing 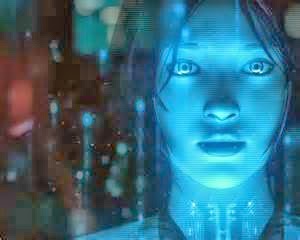 Sounds Like: Jen Taylor, the woman who voiced Master Chief's holographic love interest from the Halo franchise.
What it Does: Many of the same things that Siri does. It can send you reminders from your calendar, send messages, look up who won the Lakers game last night (hint: probably not the Lakers) and play music.
Cortana does have a few unique features. It stores your personal information in a "Notebook" that helps it be pro-active. For example, it has some great location aware things built-in that allow will notify you if your flight is on-time or delayed and give you suggestions regarding traffic on your to the airport for that flight.
It also has some nice personalized options. You can set "quiet hours" when only certain people are allowed to call or text you. It also lets you set reminders for specific people, so next time John contacts you, a notice will pop up saying "John owes you lunch" so you can answer the phone with, "Hey, where we going for lunch?"
Siri
iOS
Powered by: Wolfram Alpha, Bing
Sounds Like: Susan Bennett, a voice-over actor from Atlanta.
What it Does: Most people are fairly familiar with what Siri can do at this point. That includes the ability to launch apps, send a text, dictate notes and more.  It was certainly the pioneer in the market, but a couple of years and some rivals make it seem like old hat now.
How well will Cortana hold up to the every day wear and tear of a teacher keeping track of a rotating daily schedule, parent-teach conferences, homework assignments and when Starbucks is open?  The official release date for Cortana is "late April".  So we won't really know how well it works in the wild for a couple of months.  But keep in mind, Siri also has some tricks up her sleeve, including CarPlay integration, which means drivers of some 2014 Ferrari, Mercedes-Benz and Volvo models will be able to bring her up with a button on their steering wheel... and that means we may see some real advances in her, too.

Bruce is the author of five books: Sands of Time, Towering Pines Volume One:Room 509, The Star of Christmas, Philadelphia Story: A Lance Carter Detective Novel and The Insider's Story: A Lance Carter Detective Novel.  He also has a new novel coming out in June 2014, The Kill Commission.  Follow Bruce's Novel releases by subscribing to his FREE newsletter!
Posted by Bruce A. Sarte at 6:48 AM