Everyone takes pictures... and these days, the overwhelming majority take digital pictures.  Digital photography first started to appear in the consumer market in the early 90's.  Most people don't realize the the roots of digital photography go all the way back to 1975 when Steve Sasson, working at Eastman Kodak, built the first fully electronic camera that used a charge-coupled imaging device, known today as a CCD.  For the next 18 or so years, this technology was primarily used in medical imaging devices.  The CCD was pioneered in the 1969, but Kodak was the first company to market the technology successfully.  It wasn't until the early 90's that consumer based devices began to pop-up with varying levels of affordability.

But today we pay homage to the great collaboration that sparked the affordable digital camera revolution.  In February of 1994 at the MacWorld in Tokyo Apple showed the Apple QuickTake 100 color digital camera.  This was a camera designed by Kodak and brought to market by Apple. 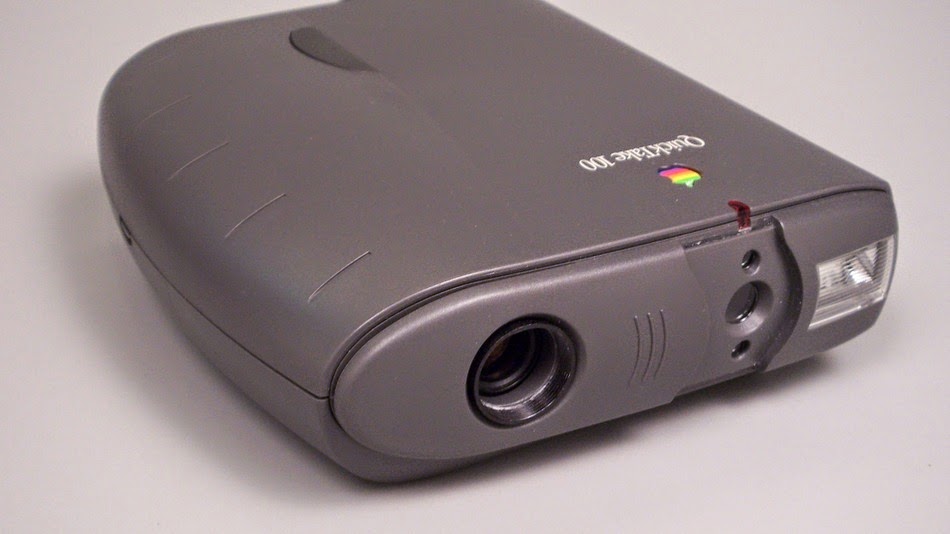 This may be one of those Apple devices you've never heard of or seen in action... The Apple QuickTake 100 could story eight full 24 bit color images at 640x480 resolution (or 16 at the lower 320x240 resolution).  Kodak signed on with Apple because they didn't see a real future in consumer digital photography, so they did not want their name on the device feeling it would impact their film camera business.  Good call -- right?

All in all this was a great camera for the time, and priced at $749 it was affordable-ish.  There were still a number of things that worked against the camera -- only being compatible with Apple computers not being the least of those problems.  Even with its limited success, this product helped pioneer the color digital camera as we know it today -- and pushed us towards the affordable color digital cameras that we have in our phones today.

~~~~Bruce has worked in educational technology for over 17 years and has implemented several 1:1/BYOD programs.  He also has been a classroom teacher for various subjects.  Bruce is the author of five books: Sands of Time, Towering Pines Volume One:Room 509, The Star of Christmas, Philadelphia Story: A Lance Carter Detective Novel and The Insider's Story: A Lance Carter Detective Novel.  He also has a new novel coming out in June 2014, The Kill Commission.  Follow Bruce's Novel releases by subscribing to his FREE newsletter!
Posted by Bruce A. Sarte at 6:11 AM